When we were younger, time seemed to move sooooo slooooowly.  It took forever waiting for Christmas to get here…. remember that?   Yet.. Summer vacation seemed to fly right by!!!

on the 15 of November.. it was 18 months since I last petted my sweet boys head… kissed his brow.. and told him how much I loved him…

and I can still cry at the drop of a hat, or when I type a post like this….. 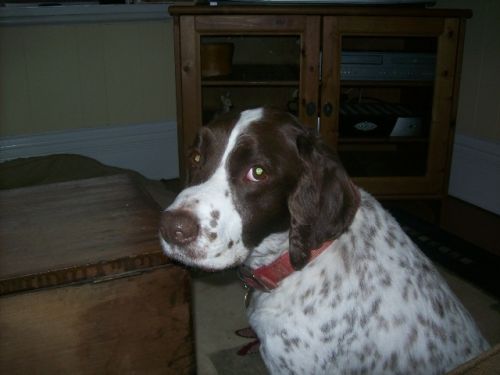 Apparently.. that is what Wilson has…   it is “above” the skin… and not below the skin like the masticized tumour he had was…   Dr. Hill said that if it was the same type of growth, it would be under the skin.  To keep an eye on it for a week or two and see if it changes.,..

But because it was 3/4″ away from the incision of his M*A*S*H operation, yes.. it freaked me out…   My one side of me was saying.. “NO.. get rid of it.. he can’t have any more bumps like that because what it it will spread to his liver.. his spleen?  Take it off NOW!!!!”  And the other part of me said… “Chick….  calm down… not all lumps and bumps are cancerous, and some are fairly innocent and do not warrant immediate surgery!!”   So.. he basically drew me a drawing of lumps and bumps.. lol

I have to remind myself that not every lump or bump on your dog will be a tumor.

I found this info….  Some superficial bumps are due simply to plugged oil glands in the skin, called sebaceous cysts. Skin cysts can be composed of dead cells or even sweat or clear fluid; these often rupture on their own, heal, and are never seen again. Others become chronically irritated or infected, and should be removed and then checked by a pathologist just to be sure of what they are. Some breeds, especially the Cocker Spaniel, are prone to developing sebaceous cysts.

So how are you to know which lumps and bumps are dangerous and which can be left alone? Truthfully, you are really only guessing without getting the pathologist involved. Most veterinarians take a conservative approach to the common lipomas and remove them if they are growing rapidly or are located in a sensitive area.

Did I over-react?  I don’t think so… we all know once we deal with this stupid cancer shit… we tend to possible be more on guard with our future four legged kids..   AND… since he has already had a mass removed.. I guess I am going to be more on guard with him in the future.  What doesn it hurt?  Free vet visits for checkups of lumps and bumps..  an hour or two off work to run for an appointment ocassionally…   no problems.. I can handle that.

Thank you all for your calm words, keep my sanity, and over the cyberspace hugs and prayers… they really do work!!

I know.. I will worry about something when there is something to worry about….. but.. that doens’t mean I can’t FREAK OUT in the meantime… !!!! 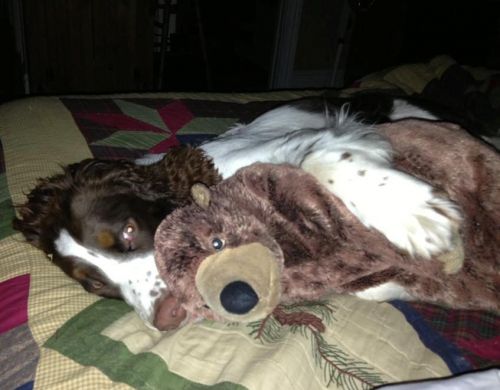 I want it analayzed… I want to know more.. I want to worry less…

How can this sweet face be put through all this???? 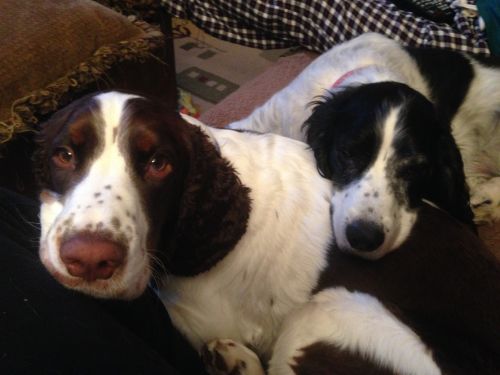 It’s been almost 18 months on the 15th  since I lost my sweet boy.. I miss him every day… and sometimes the waves of emotion come up occasionally and my cheeks get wet… but more times there are smiles.. and we now laugh when we talk about scenarios, incidents, memories and just shake our heads at the memories we have of that fun loving pup…

I have to share a squeakie toy story with you…. And hopefully you will laugh out loud like we do when we talk about it… 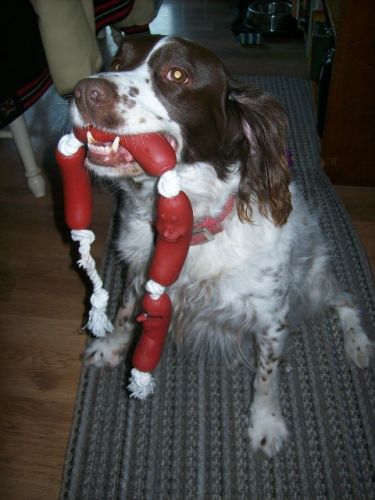 Well, my sweetie had friended this guy who is a race car driver… yes.. my guy loves Nascar.  So.. Kirk, (the driver) befriends my sweetie and offers him to work in the pit crew.  Well.. instant smile on my guys face.. and over a year or so, my sweetie Fred would go out to Kirk’s and hang out and talk  cars, races, etc.    You can eat off of Kirk’s garage floor… that’s what type of driver Kirk is.  He’s rich… and sometimes shows it.. and when he does.. I really don’t like him.. he’s an ass.  But…  onto the story…..

So.. Kirk is married and has two young boys… one is 3 and the other one is 5 at the time of the story…  We are looking at the summer of 2008 here.. we had finished our addition and we were now building our deck and pergola.  Franklin was 9 and Maggie was 7.  Both in great health.. and having great days being a dog!

On one partifular nice Saturday,  we are in the backyard.. and we have ressure treated wood everywhere and, not to mention, power tools.  And who shows up?  Kirk and his family.  So we are talking in the backyard.. and he starts telling us how he would level this, and level that, and build a rock partio over there.. and extend out the ridge so that you had more backyard room, etc.. and he knows people who work for the city and he could have it done in a snap of a finger.. and he would rip out my lily gardens.. (WHOA!!!! WTF buddy.. you just said rip out my lilies?  The ones that have taken me years to grow and mature??  Grrrrrrrrrrrrrrr) Needless to say.. I was not impressed with his attitude and I could see my Fred looking at me with the look of dread in his eyes.. lol.

The dogs are loose in the backyard.. and there are squeaky toys everywhere!!   And.. there is a 3 year old….

So.. Kirk’s wife goes in the house to use the bathroom.. and  I am in the kitchen…so is Franklin.  Kirk and Fred are outside in the back yard.. as well as the two boys…  and the little one… finds Mr Squeaky Sausage…   I could hear it… eeeeekkkk    eeeeeekkkk    eeeeeekkkk   eeeeeeekkk….    And so could Franklin.. who stood looking out the patio door.. saying…. Wtf?   You can’t play without me?  Wait for me!!!!!

Here’s what happens next..

Kirk’s son sees Franklin running for him….  And screams…   AAAAAAAAGGGGGGHHHHHH!!!

I proceed to run outside to get Franklin.. and step right on the orange blossom stalks that I  had just cut down to ground level  (because that is where the new deck is going) and puncture my foot, yes.. I was barefoot!!

So here I am sitting on the ground, holding my bleeding foot.. calling Franklin and laughing my ass off at the scenario in my backyard.

Kirks grabs his son.. who drops the squeaky… and Franklin picks up his squeaky and stands there with his tail and bum waggin….

Of course you have to do it in 3 different voices… 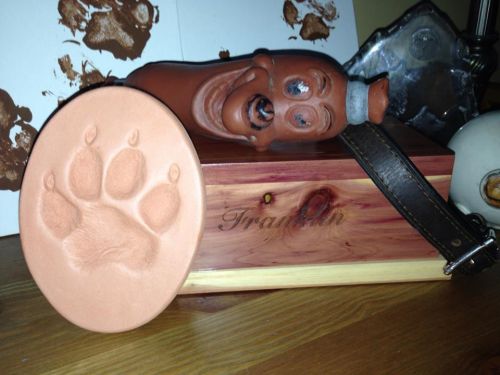